A number of tabloid newspapers have been criticized for their coverage of Christchurch attacker Brenton Tarrant, which has been described as sympathetic and hypocritical. The outlets have been called out for fueling Islamophobia.

The UK Daily Mirror was slammed over its front page, which featured a photo of white supremacist Brenton Tarrant as a child and described him as an “angelic boy who grew into an evil far-right mass killer,” sparking a deluge of anger across social media. 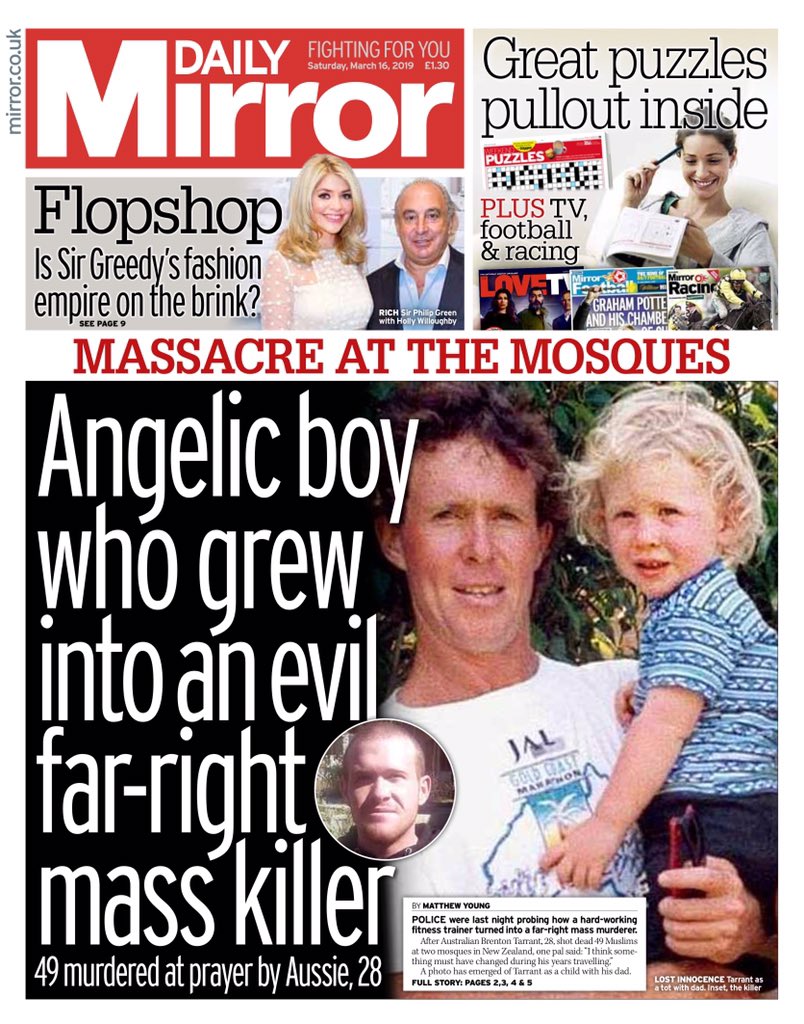 The Mirror has treated other terrorists in quite the opposite manner, referring to them as “maniacs” and “monsters.” In the aftermath of other terrorist attacks, the newspaper usually leads with the number killed, details about the victims or a negative portrayal of the terrorists. 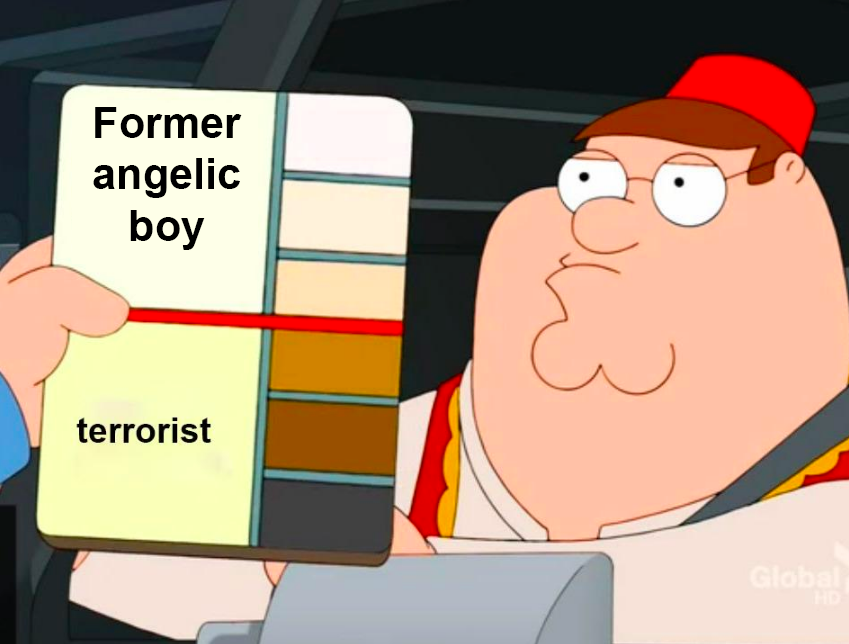 Tarrant carried out a terrorist attack in two mosques in Christchurch, New Zealand, killing 49 and seriously wounding 20 others. 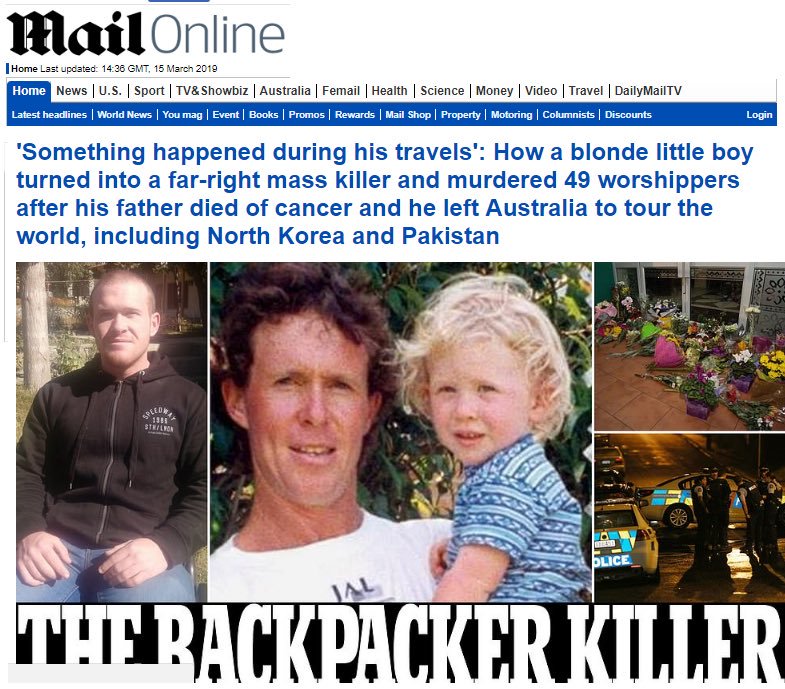 The Daily Mail’s print front page led with “Massacre shame of Facebook [See here: Daily Mail],” detailing criticism the social media giant received for allowing Tarrant to live-stream the shooting. Its website’s front page was dominated by the same image of Tarrant as a boy, with the words, “How a blonde little boy turned into a far-right mass killer,” while its social media said Tarrant “looks like an innocent Australian child,” and shared an article about his granny saying he was a “good boy.”

Christchurch terrorist's grandmother says he was a 'good boy' https://t.co/LuO6DyFUaF

Media outlets were also called out for the way they have demonized Muslims and immigrants over the years, with some accusing them of being complicit in shaping the views of white supremacists. 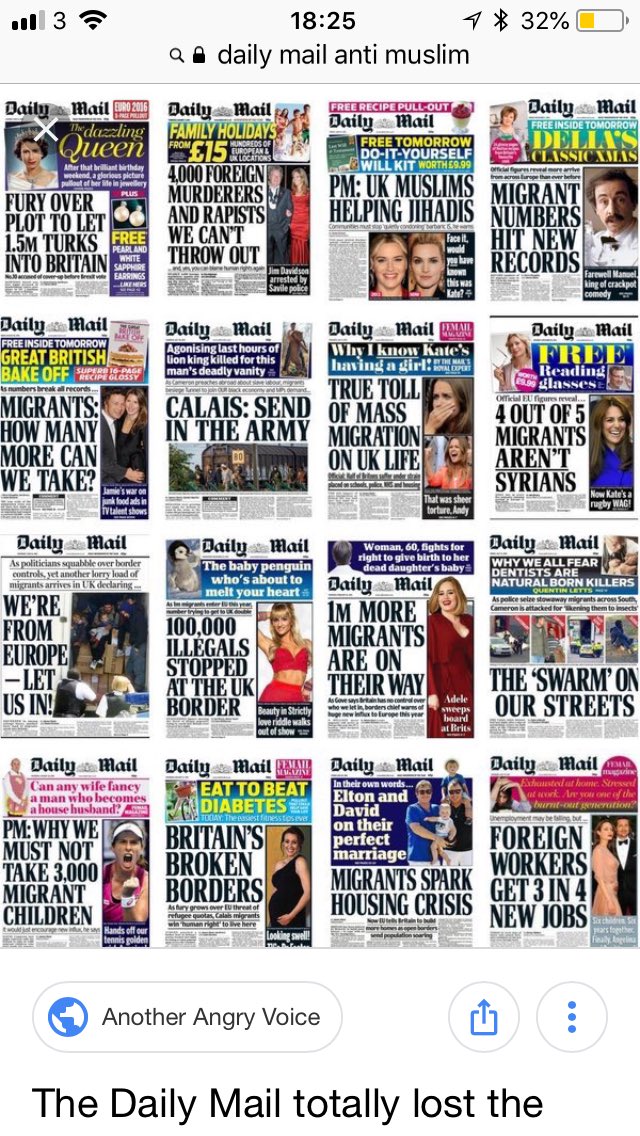 The Daily Mail has been accused of fueling anti-immigrant sentiment and Islamophobia.

The Daily Express’ front page led with a quote from Home Secretary Sajid Javid describing the attack as a “hate-fueled attack on values that unites us all.” The paper has published many articles about values being under threat from Muslims, with past front page headlines including, “Now Muslims demand: Give us full Sharia law” and “Muslim schools ban our culture.”

After the Manchester terrorist attack in 2017, the Express led with the following: “Evil beyond belief. How could a jihadi barbarian murder our beautiful and innocent children?” 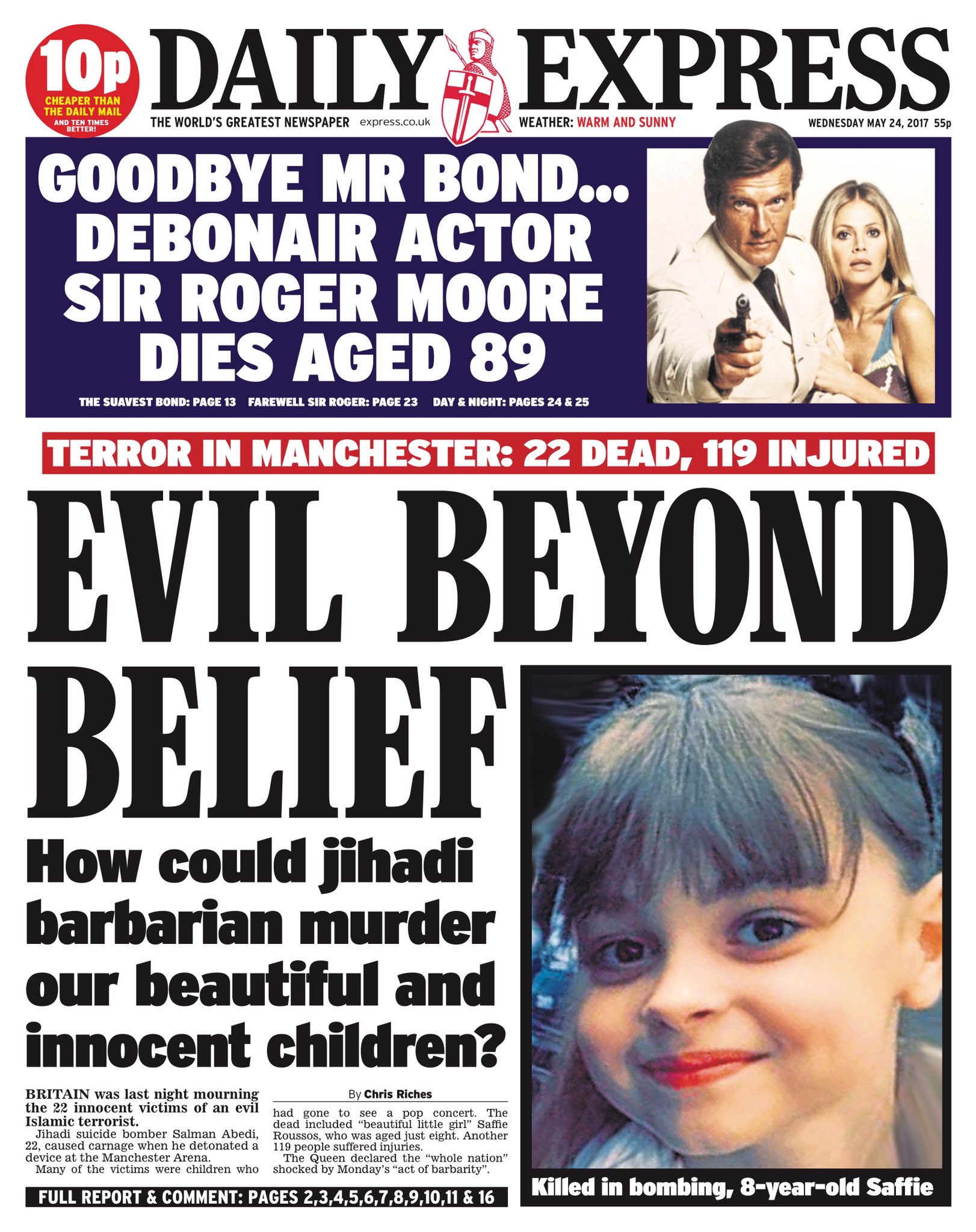 The Sun, a newspaper with a controversial reputation, described the killer as a “maniac” and a “racist” on its front page.

After the Manchester attack, the Sun’s front page featured a photo of one of the child victims and the killer, described as being “pure evil” and led with details of “vile suicide bombers’ secret jihadi training.” It referred to Barcelona terrorists as “bastards.”

Despite its inoffensive cover, the Sun was among those called out for spending years reporting on Muslims and immigrants as a threat. 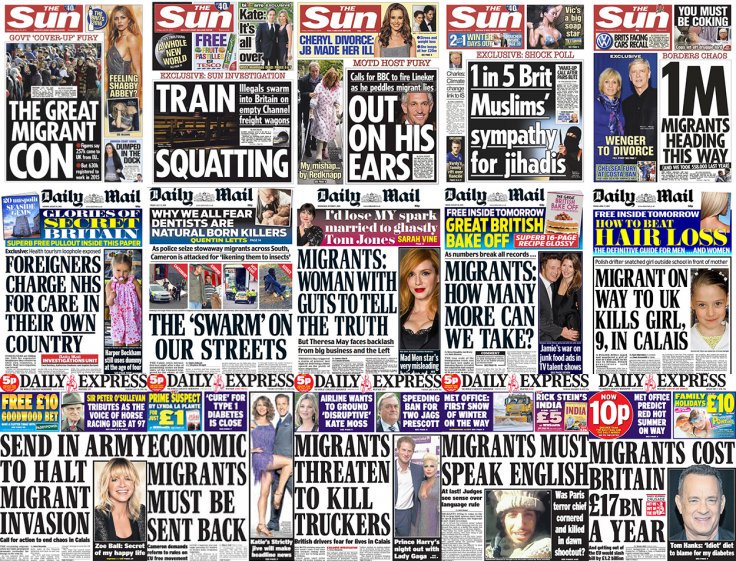