Algeria presses ahead with election amid protests

Algeria is set to hold a contentious presidential election on December 12, despite demonstrations against the poll led by protesters who want wide-scale political reform before any vote.

Five candidates, all erstwhile associates of deposed President Abdelaziz Bouteflika, are competing to replace the longtime ruler who was forced out by the military on April 2 amid popular anti-government protests.

Those in the running for the top office say the vote is needed to help resolve the legitimacy crisis that has beset the country since July, with interim President Abdelkader Bensalah long exceeding his 90-day mandate.

But for demonstrators, whose weekly marches have gained renewed momentum in recent months, the vote does not address their demands for deep structural change and the departure of the ruling elite. They fear the election will bring in a new civilian figurehead but leave an opaque political system intact. 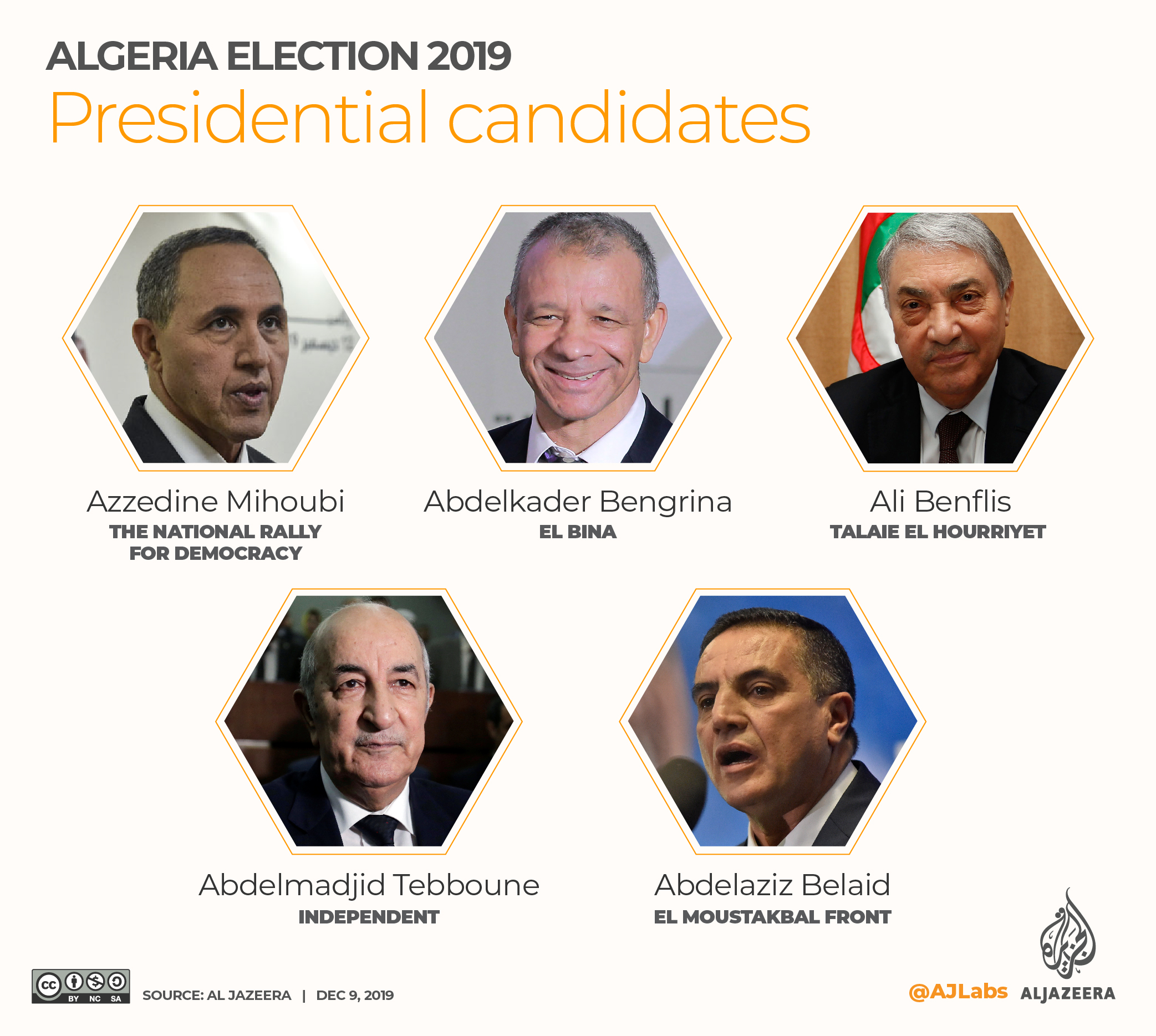 The military has been a key arbiter of power in Algeria since it gained independence from France in 1962, wielding influence over economic and political decision-making.

According to Nacer Djabi, a professor of sociology at the University of Algiers, the military has sought to maintain its position.

Since Bouteflika was removed, the army’s chief of staff Ahmed Gaid Salah has emerged as the country’s de facto leader and has been adamant that the election takes place.

“The regime has always had a civilian facade with the military governing from behind the scenes,” Djabi told Al Jazeera. “This facade collapsed with the fall of Bouteflika.”

“It’s true that Algeria has an interim leader but owing to a lack of charisma and poor health, the military’s role is now at the forefront,” he continued, referring to Bensalah.

Djabi, however, emphasised that the military did not want to involve itself in every political decision, noting that it may intervene in elections or other issues of “strategic importance” but would leave “the rest” up to civilian leaders.

Meanwhile, protesters have not shied away from highlighting the military’s alleged hand in the country’s politics.

“A civilian state not a military one,” or “Generals to the dustbin [of history]” became new rallying cries among protesters after longtime ruler Bouteflika was removed from office. The protests were sparked by the octogenarian’s decision to run for a fifth term in office but developed into a popular movement demanding root-and-branch political reform.

In a recent report, Amnesty International found that at least 300 people have been arrested since election campaigning began in mid-November.

The report also noted that “negative rhetoric against opponents of the presidential elections has also intensified in recent days”.

Salah Eddine Dahmoune, Algeria’s interior minister, last week described those who rejected the vote as “traitors, mercenaries and homosexuals,” before moderating his comments amid a firestorm of criticism.

An alternative to the vote

Some of the protest movement’s most pronounced critics have argued that it has not done enough to offer an alternative to the current model of governance.

Said Salhi, vice president of the Algerian League for the Defence of Human Rights, said the point of the mass mobilisation, known as the Hirak, was not to offer a solution but to make known people’s frustration with the way things are going.

“This is a popular movement that straddles several political fault lines. It has one fundamental demand which is complete divorce with the status quo ante,” he said.

“There were those who called for a transitional presidency and others who opted for the constituent assembly option, these were the two key propositions,” he said.

“Starting in August, the government proceeded with the arrest of many of these activists and civil society actors, politicians … those in power are simply refusing to take part in the dialogue.”

Djabi, the sociologist, said the army believed its reputation was on the line, having failed to hold an election twice already, without considering the impact the vote would have on the country in the long run.

With an economy so heavily dependent on hydrocarbon sales – which account for more than 90 percent of export revenues – Algeria has suffered from low oil and gas prices in recent years.

Salhi said the rentier economy that historically secured popular approval through generous state subsidies was no longer sustainable and the next president would need strong backing if he was to initiate deep-seated and radical economic reforms – an unlikely outcome in the current political climate. 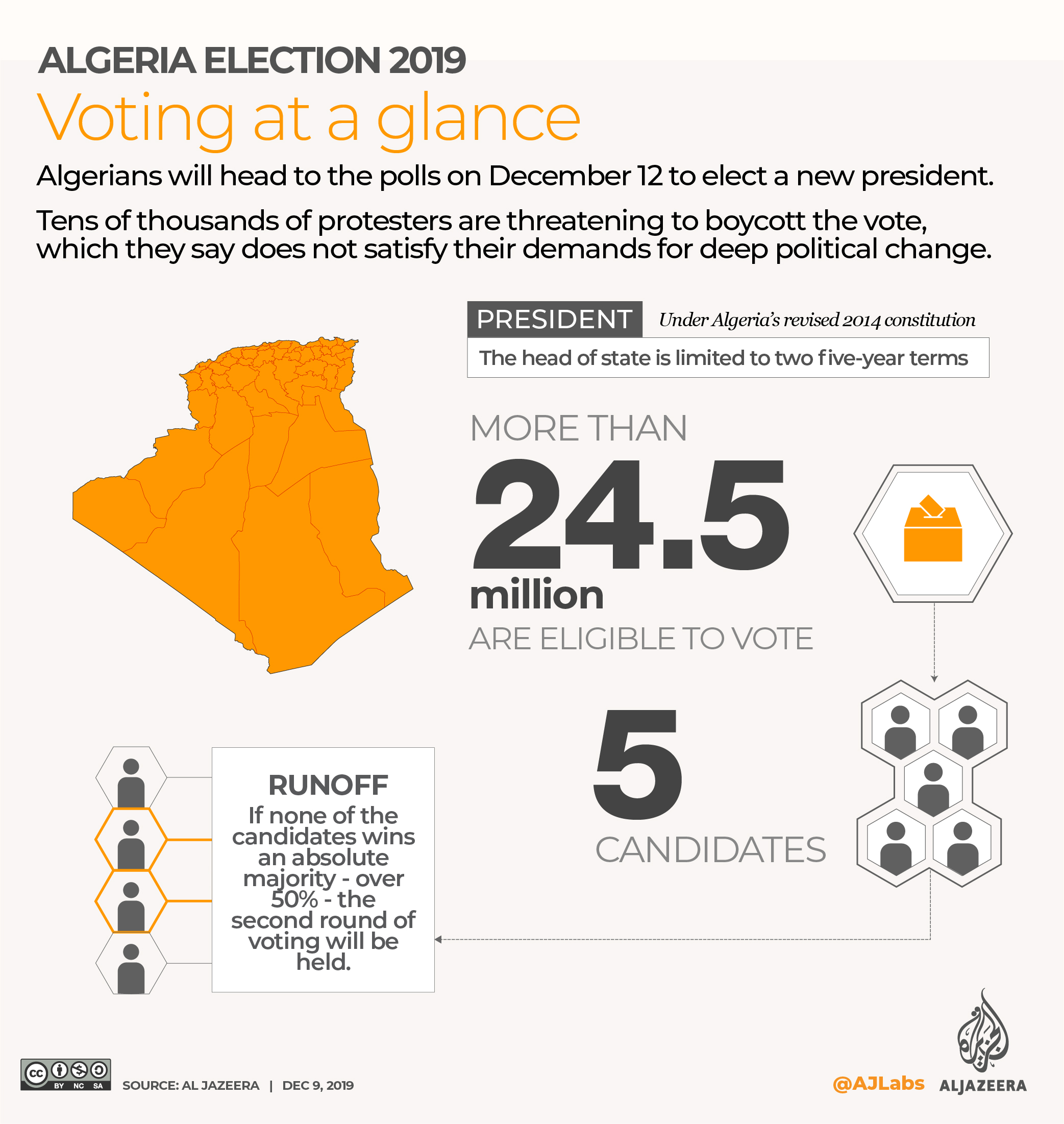 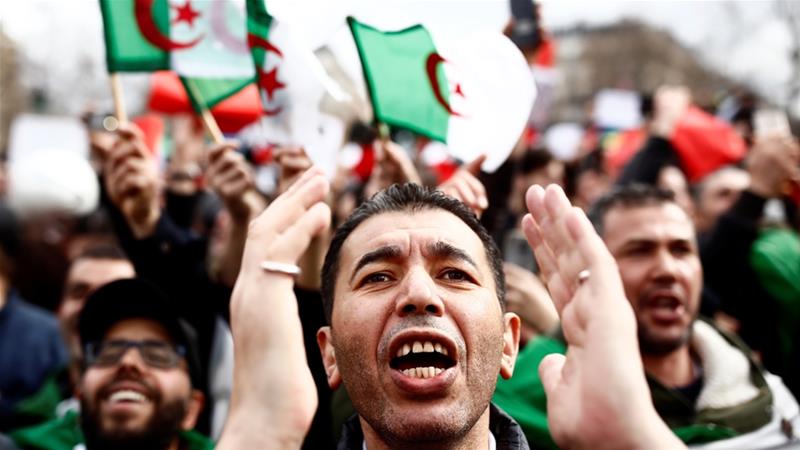 INSIDE STORY-What will end the protests in Algeria?