EU stance in focus after US decision on Israeli settlements

The recent United States announcement that it no longer believes the establishment of Israeli settlements in the occupied West Bank is “inconsistent with international law” provoked an immediate response internationally, including in Brussels.

Within hours of the US statement, European Union senior foreign affairs official Federica Mogherini issued a statement affirming that the EU’s position “is clear and remains unchanged: all [Israeli] settlement activity is illegal under international law and … erodes the viability of the two-state solution.”

“The EU calls on Israel to end all settlement activity, in line with its obligations as an occupying power,” the short statement added.

In a separate development, days before the US announcement, Europe‘s highest court – the European Court of Justice (ECJ) – ruled that produce from Israeli settlements built on occupied Palestinian land must be labelled as such, so consumers can make “informed choices”.

The ruling is likely to “increase pressure for more proactive enforcement” within the EU, according to Martin Konecny, director of European Middle East Project (EuMEP), a think-tank in Brussels.

The juxtaposition of the US policy shift and the European court ruling is representative of increasingly divergent approaches to the settlements in Washington and Brussels.

Indeed, some in Israel made an explicit contrast; Transport Minister Bezalel Smotrich both praised the US announcement and described it as “a worthy response” to the ECJ ruling, adding: “We are advancing international recognition of the settlement project.”

As the Trump administration has steadily abandoned the framework of a two-state solution, the EU has remained committed to what it sees as the ultimate end goal to the Israeli-Palestinian conflict.

In practical terms, the EU has focused on strong, bilateral ties with Israel, in the form of economic arrangements and treaties, academic research, and “security” cooperation, which has deepened alongside EU criticism of policies such as settlement expansion and home demolitions.

“The EU’s condemnations of Israel’s policy are not enough”, said Aneta Jerska, coordinator of the European Coordination of Committees and Associations for Palestine (ECCP), a platform of 40 European Palestine solidarity organisations.

“The EU is deeply complicit in Israel’s violations of international law and Palestinian rights by financing the very same Israeli entities that it criticises,” she told Al Jazeera.

Meanwhile, the EU has committed considerable financial resources towards supporting and sustaining the Palestinian Authority (PA), which governs some areas of the West Bank and remains dependent on external funding to function.

In a recent interview with Arab News, the EU’s special representative for the Middle East peace process, Susanna Terstal, described the EU as “one of the biggest donors to the Palestinians”, revealing over the past 15 years, the EU and its member states “have spent 10 billion euros ($11bn)”.

“We spend that money for making the two-state solution possible,” Terstal added.

However, despite the unwavering policy goal of a two-state solution, certain EU policies have boosted elements seen as obstacles to such an outcome.

“The EU continues to trade with settlements,” Konecny told Al Jazeera, noting the EU imports 15 times more from illegal settlements “than from the Palestinians in the occupied territories”.

Change at the top

There has been a recent change of personnel at the top in Brussels with Mogherini on her way out, and her successor as EU’s next foreign policy chief, Josep Borrell, soon to take the reins.

In comments on November 11 reflecting on her term, Mogherini stuck to familiar talking points – that a two-state solution is still possible and “the only realistic solution that we have at hand”.

Although Borrell has been a vocal critic of Israeli policies in the past, it remains to be seen whether that translates to action when in office.

Meanwhile, political divisions within the EU are also reflected in differences over foreign policy, with the bloc struggling to find a common position on the settlements issue.

For his part, Israeli Prime Minister Benjamin Netanyahu has in recent years strengthened ties with some ultra-nationalist Eastern European governments, seemingly partly in an attempt to further split the bloc on Israeli issues.

Hungary reportedly blocked an effort to get all 28 EU member states to issue a joint statement condemning the US policy shift on settlements, while the Dutch parliament passed a non-binding motion dissenting from the ECJ ruling on settlement produce labelling, which was subsequently rejected by the Dutch government.

Such actions contrast, however, with Luxembourg‘s call for the EU to recognise a Palestinian state, or the declaration made ahead of a UN Security Council meeting last week by the United Kingdom, France, Germany, Belgium and Poland that “all settlement activity is illegal under international law”.

Carrots but no sticks

This kind of commitment means some Palestinians see an opportunity. “The European role couldn’t be more vital given the Trump administration’s shredding of international law,” Nadia Hijab, board president of the Al-Shabaka think-tank, told Al Jazeera.

“The focus should be on those states likely to be supportive – Sweden, Ireland, Belgium, Spain – as well as states that are sensitive to being seen to uphold the law, especially France, which took a stand on labelling that led to the ECJ rule, and Germany,” Hijab said.

But, she added, “the key is for the Palestine Liberation Organization (PLO) and PA [Palestinian Authority] to get their act together. If they don’t push, as Israel does, then this will be another golden opportunity wasted.”

Another push will likely come from the European and Palestinian human rights organisations, which in the words of Jerska are demanding the EU “comply with its own legislation and international law”.

25:05- Why is the US saying illegal Israeli settlements are okay?

“The EU can and should first of all ban all economic transactions with illegal Israeli settlements,” she said, as well as “exclude all Israeli military companies from its research programmes”.

For Jerska and other campaigners, the EU and its member states should ultimately be looking to apply “restrictive measures” – including by suspending the Association Agreement – “as a way to pressure Israel”.

For now, it is hard to imagine the EU abandoning its “carrots but no sticks” approach. Recent years, however, have seen EU officials start to acknowledge the divergence between the “two-state solution” framework and the facts on the ground.

Mogherini’s office, for example, warned in 2017 and again in 2018 of Israeli policies that “further entrench a one-state reality of unequal rights, perpetual occupation and conflict”.

“Privately, many EU officials doubt the two-state solution’s feasibility,” Konecny told Al Jazeera. “But there is no serious consideration of alternatives and a one-state solution with equal rights for everyone is widely seen as unrealistic – that’s why the Europeans are doubling down on their commitment to two states.”

Pressure from below – by European citizens or a future shift in tack by the Palestinian leadership – both have the potential to impact decision-makers in Brussels, but for now, analysts say, the most likely short-term outcome is EU policy paralysis. 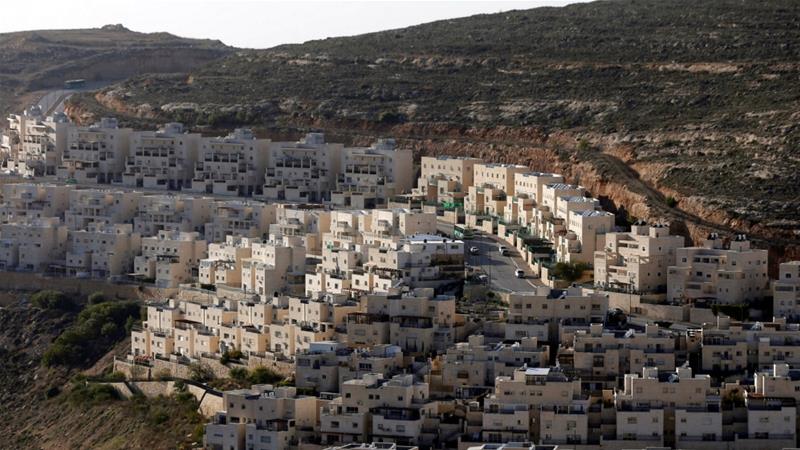 US policy on Israeli settlements: What’s the legal basis?