Idlib: Surviving under the olive groves of Atmeh

Idlib, Syria- The blue tents of Syria‘s refugees near the tiny border town of Atmeh stretch as far as the eye can see.

Considered the largest congregation of internally displaced persons (IDPs) in Syria, Atmeh hosts several clusters of tent cities at only a 20-minute drive from the Bab al-Hawa crossing between Syria and Turkey’s Hatay province.

After showing our IDs at the crossing, we drive towards the camp, which holds at least 800,000 refugees, far more than it was built for.

The road to camp is lined with olive groves. Scattered on both sides of the road are yet more refugees, living under the trees in make-shift shelters.

Most of them left their homes in southern Idlib after forces loyal to Syrian President Bashar al-Assad started shelling the area in April. They arrived at the Atmeh camp when it was already overflowing. 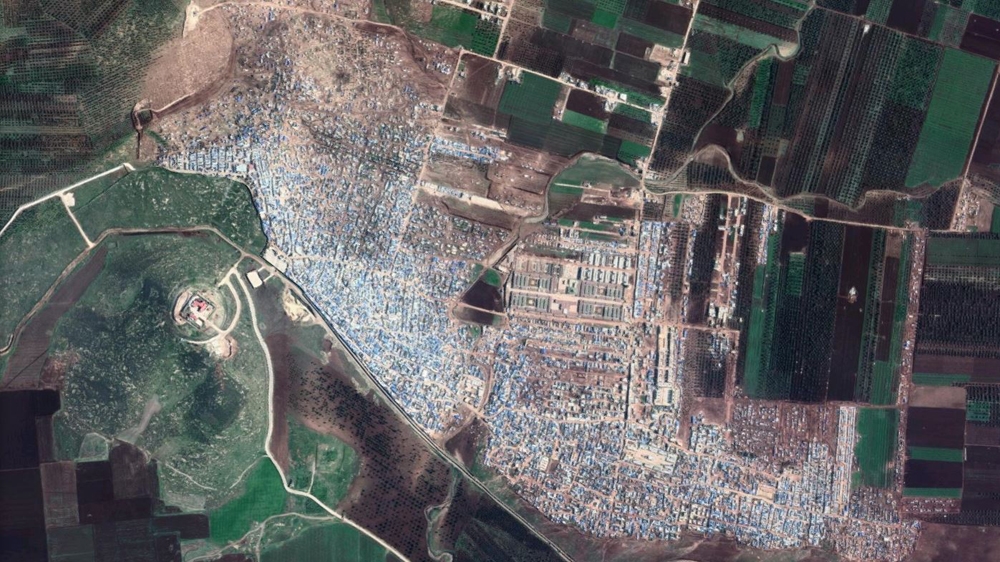 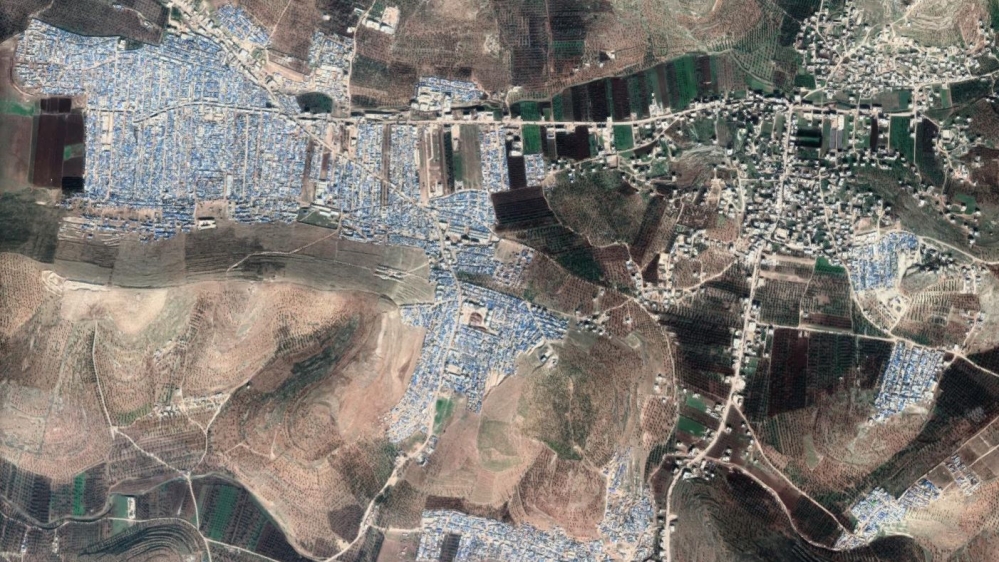 It is the first day of Eid al-Fitr, an important feast for Muslims. But as we pass through Atmeh’s giant tent city, there is no sign of Eid. Almost every boy has a toy gun or rifle in his hand, playing war games with the others.

At an olive grove by the Turkish border, we find at least 300 families – about 1,500 people – mostly women and children. Like most of the recent IDPs, they have resided here since fleeing the April offensive.

They are living under the olive trees, of which branches are wrapped with blankets and other materials to create shade. The roof over them is the sky. Everything is scarce. 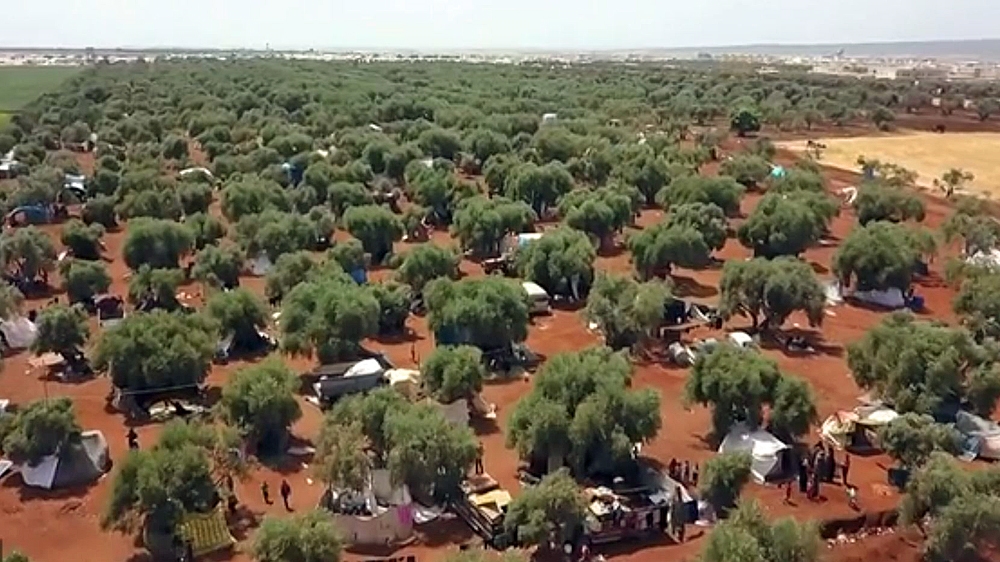 We are told by the camp manager that only one NGO delivered food during Ramadan. The supply was cut on the last day. But even the amount of the food that used to come through was not enough to feed them all.

This is an open area, there is no privacy. People haven’t showered for weeks. There are no toilets. As the land is flat, people wait until the dark sets in to walk far to relieve themselves.

The women speak to us in whispers, telling stories of what they endure to feed their families and keep their children clean. Some of them have given birth here and the babies were taken to a local hospital.

Hygiene is a major problem. One of the women tells us they need sanitary pads.

The elderly and the babies are weak and are struggling to deal with the hot weather.

According to local sources, between April 1 and the end of May, at least 350,000 people have been displaced in Idlib. From the south up to the north, the bombardment forces them to flee. Almost half of those displaced prefer to stay close to the Turkish border – hoping it is safer.

But having spent weeks in the make-shift shelters, they feel trapped and stranded.

The province is run by a local administration, the so-called Salvation government, the political wing of the Hay’et Tahrir al-Sham (HTS), formerly known as the al-Nusra Front.

Expectations are high from Turkey that already hosts at least 3.6 million Syrian refugees. However, the unofficial number of refugees is said to be far higher, at four million.

It is getting harder for Ankara to shoulder the cost, with its own economy ailing. Meanwhile, Russia accuses Turkey of failing to abide by the Idlib agreement, under which the area would fall under a de-escalation zone.

It is difficult to tell whether the Idlib agreement – signed by the guarantors in Astana – was a failure or a success; though it probably saved lives, forces loyal to Assad keep bombarding Idlib with support of the Russians.

Now, the situation in Idlib is no longer sustainable. The camps are raising a generation that doesn’t remember where they were born, that hasn’t been to school and does only know war.

The Astana deal let the warring parties enjoy a temporary truce. But NGOs and civilians in the area say it is time for the international community to intervene.