Israeli Foreign Minister Israel Katz has said he is seeking “non-aggression” agreements with Gulf states, as relations between the two sides warm against common foe Iran.

The Israeli minister, who met Bahraini Foreign Minister Sheikh Khalid bin Ahmed Al Khalifa in July, wrote on Twitter on Sunday that the aim was to eventually forge future peace agreements with the Arabs.

All 22 Arab countries – except Egypt and Jordan – do not recognise Israel over the latter’s illegal occupation of Arab lands in Palestine and Syria.

“Recently, I have been promoting, under the backing of the United States, a political initiative to sign ‘non-aggression agreements’ with the Arab Gulf states,” Katz wrote on Twitter on Sunday.

“The historic move will put an end to the conflict and allow civilian cooperation until peace agreements are signed.”

It is seen as the latest push by Israel to improve relations with Gulf states who do not formally recognise Israel and do not have formal diplomatic relations.

Israel’s occupation of the Palestinian territories has been a major obstacle in forging peace deals with Arab countries but common concerns over Iran have brought them closer in recent years.

Iran’s support for proxies in Syria, Iraq, Lebanon and Yemen have been worrying many, including Israel and Saudi Arabia.

At the UN General Assembly in late September, Katz stressed that Iran was threatening stability and security in the Middle East.

In his tweet, Katz said he discussed the “non-aggression” plan with Arab foreign ministers and US President Donald Trump’s outgoing envoy for the Middle East Jason Greenblatt during the assembly.

“We discussed in depth the regional realities and ways to deal with the Iranian threat and at the same time we agreed on a process to promote civil cooperation between the two countries,” he said.

A Wikileaks cable from 2009 reported that Gulf Arabs believed “they can count on Israel against Iran”.

According to that cable, Israeli foreign ministry official Yakov Hadas said the Gulf Arabs felt that the US did not listen to them and therefore sometimes tried to pass messages through Israel.

The Yemeni Houthi rebels claimed responsibility but the US, Israel and Saudi Arabia said Tehran was responsible for the attacks that disrupted global oil supply for weeks. Iran has rejected the allegations.

Mohammad Marandi, a professor of American studies at the University of Tehran, told Al Jazeera that the latest news was “a very positive step for Iran” as it had been an open secret that Israel, Saudi Arabia and the UAE had been allies for years, “working together behind the scenes”.

“Whenever Iran would try to point this out, they would regularly deny it. But in recent years [their close ties] have become more open and there’s much more evidence.

“This actually helps Iran because any regime in the region that associates itself with the Israeli regime, its image is hurt significantly. The more open this is, the better,” he said alluding to widespread Arab resentment against Israel for its occupation of Palestine.

The latest news follows efforts made by Israeli Prime Minister Benjamin Netanyahu – a strident critic of Iran – over the past few years to improve ties with Gulf nations.

Speaking at the World Economic Forum in January 2018, Netanyahu noted: “There is an alignment of Israel and other countries in the Middle East that would have been unimaginable 10 years ago. Certainly in my lifetime, I never saw anything like it and I’m at the age of the State of Israel more or less, so it’s an extraordinary thing.”

In October 2018, Netanyahu met with Oman’s Sultan Qaboos in Muscat in a surprise, unannounced trip.

Netanyahu’s statement said the visit came at the invitation of Qaboos, following “lengthy contacts between the two countries”.

Earlier that year in March, Saudi Arabia allowed an Israel-bound passenger plane to cross through its airspace for the first time ever, breaking a 70-year ban.

In June a group of Israeli journalists attended a US-led economic conference as part of a planned Israeli-Palestinian peace deal, in Bahrain.

And a month later Katz said he met his Bahraini counterpart publicly for the first time on a visit to Washington DC.

However, Ian Black, a visiting senior fellow at the Middle East Centre of the London School of Economics, told Al Jazeera that despite the warmer relations and a shared common enemy, peace agreements were unlikely to happen “simply because of the emotive nature of the Palestinian issue across the Arab and Muslim world”.

But Black said Israel was boasting “wishful thinking” about what Gulf states were prepared to do, as there were constraints. 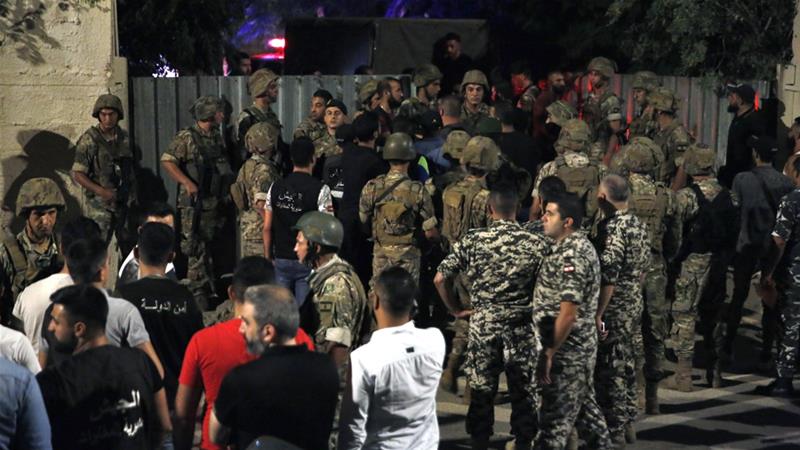