Saudi Arabia will allow women to travel abroad without approval from a male “guardian”, the government has announced, ending a restriction that drew international censure and prompted extreme attempts to flee the kingdom.

The decree announced on Friday comes after high-profile attempts by women to escape their guardians, despite a string of reforms including an historic decree last year that overturned the world’s only ban on female motorists.

“These new regulations are history in the making. They call for the equal engagement of women and men in our society,” she said. “These developments have been a long time coming.”

It was unclear when the order will take effect.

If implemented, the landmark reform ends the long-standing guardianship system that renders adult women as legal minors and allows their guardians – husband, father and other male relatives – to exercise arbitrary authority over them.

“A passport will be granted to any Saudi national who submits an application,” said a government ruling published in the official gazette, Umm Al-Qura.

The regulation effectively allows women over the age of 21 to obtain passports and leave the country without their guardian’s permission, the pro-government Okaz newspaper and other local media reported, citing senior authorities.

Women in the kingdom have long required permission from their male guardians to marry, renew their passports or exit the country.

The decision was met with jubilation on social media, with the hashtag “No guardianship over women travel” gaining traction and many posting humorous memes of women fleeing with suitcases and being chased by men.

“Some women’s dreams were aborted due to inability to leave the country for whatever reason … to study abroad, a work opportunity, or even flee if so desired,” Saudi businesswoman Muna Abu Sulayman said on Twitter. 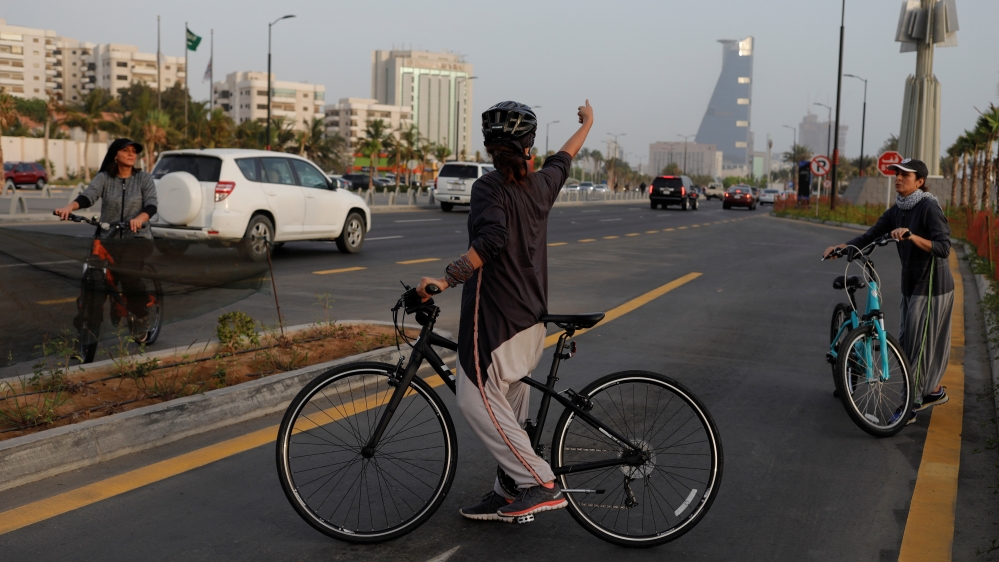 The changes also grant Saudi women the right to officially register childbirth, marriage or divorce and to be recognised as a guardian to children who are minors [File: Zohra Bensemra/Reuters] “This change means women are in a way in full control of their legal destiny.”

The changes also grant Saudi women what has long been a male entitlement – the right to officially register childbirth, marriage or divorce and to be recognised as a guardian to children who are minors.

A hashtag calling for marriage without a guardian’s consent was also among the top trending along with a hashtag thanking the crown prince and another touting the new travel rules.

The reform comes as Saudi Arabia faces heightened international scrutiny over its human rights record, including an ongoing trial of women activists who have long demanded that the guardianship system be dismantled.

That includes Loujain AlHathloul, a prominent rights activist who marked her 30th birthday this week in a Saudi prison, campaigners said.

Alongside a sweeping crackdown on dissent, Crown Prince Mohammed bin Salman – the kingdom’s de facto ruler – spearheads a wide-ranging liberalisation drive that is aimed at transforming the conservative petrostate, long criticised for its treatment of women.

His reforms include the decision allowing women to drive in June last year, allowing women to attend football games alongside men and take on jobs that once fell outside the narrow confines of traditional gender roles.

But while transforming the lives of many women, critics said the reforms will be cosmetic for many others until the kingdom abolishes the guardianship system.

Some have undertaken perilous attempts to escape overseas despite the reforms.

They include 18-year-old Rahaf al-Qunun or also known as Rahaf Mohammed, whose live-tweeting of a plea for asylum from a Bangkok hotel in January after she fled her Saudi family, drew global attention.

I am elated to confirm that KSA will be enacting amendments to its labor and civil laws that are designed to elevate the status of Saudi women within our society, including granting them the right to apply for passports and travel independently. 1/4

Later, two Saudi sisters who sought sanctuary in Hong Kong from what they called family abuse were allowed passage to a third country that was not named for their safety.

And subsequently, two other Saudi sisters fled to Georgia.

The latest reform, which weakens but does not completely dismantle the guardianship system, could lead to family clashes in the deeply patriarchal society, observers warn.

Saudi officials have expressed commitment to fighting guardianship abuse, but have warned the system can only be dismantled piecemeal to prevent a backlash from arch-conservatives.

In a one-off case last year, a Saudi court ruled in favour of a 24-year-old woman who challenged her father’s decision to not let her have a passport. But until Thursday’s ruling, she would have still required his permission to travel.