The Australian man accused of killing 51 worshippers at two mosques in New Zealand in March pleaded not guilty to multiple murder and terrorism charges on Friday.

Appearing in Christchurch High Court via an audiovisual link from a maximum-security prison in Auckland, Brenton Tarrant sat silently as lawyer Shane Tait said his client pleaded “not guilty to all charges”.

This is the first time a terrorism charge has been brought in New Zealand.

The self-proclaimed white supremacist has been charged with 51 counts of murder, 40 of attempted murder and engaging in a “terrorist” act over the March 15 atrocity in the South Island city.

High Court Justice Cameron Mander said the trial would begin on May 4 next year.

“The court endeavours to bring serious criminal cases to trial within a year of arrest. The scale and complexity of this case makes this challenging,” Mander said.

Tarrant has been remanded in custody until August 16 when a case review hearing is scheduled.

Al Jazeera’s Andrew Thomas, reporting from Christchurch, said family members of victims watched as Brenton Tarrant stood silent throughout and at one point winked at the camera.

“Given the complexity of this case, the judge said though they had hoped to bring to trial within a year since his arrest but that’s not going to be possible and the trial won’t begin probably until next May.”

The 28-year-old stood facing the camera from prison, mostly with an impassive expression but smirking at times as his lawyer entered a not guilty plea on his behalf.

Around 80 members of Christchurch’s Muslim community sat in the back of the court, solemn and quiet throughout the appearance. There were some quiet gasps when the not guilty plea was entered by Tarrant’s lawyer.

READ MORE – New Zealand mosque attack: Who were the victims?

At the last hearing on April 5, the court had ordered Tarrant to undergo a mental assessment first to determine whether he was fit to stand trial.

“No issue arises regarding the defendant’s fitness to plead, to instruct counsel, and to stand his trial. A fitness hearing is not required,” Judge Cameron Mander said in a statement issued shortly after the hearing.

Mander barred news outlets from taking photographs or video of Tarrant’s appearance, although he said images from an earlier hearing in April could be used.

New Zealand’s government tightened the country’s gun laws in the wake of the attack and has said it would review laws dealing with hate speech.

It has also supported international efforts to ensure that social media giants to do more to combat online “extremism”. 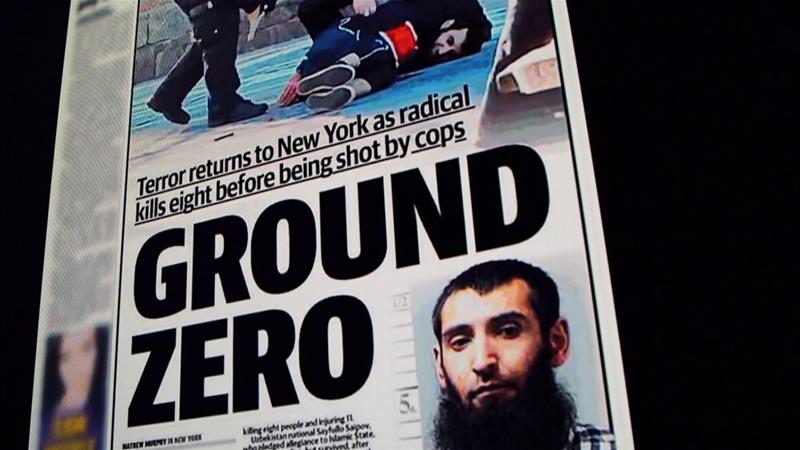 THE LISTENING POST –Christchurch attacks: Islamophobia in the media

Karima Brown, one of SA’s fearless and brilliant journalists dies