A former British army officer who helped found the White Helmets volunteer search-and-rescue organisation in Syria was found dead in Turkey on Monday.

The body of James Le Mesurier, founder and CEO of Mayday Rescue group, was discovered near his home in central Istanbul’s Beyoglu district by worshippers on their way to a mosque, the state-run Anadolu news agency reported.

The Istanbul governor’s office said that “comprehensive administrative and judicial investigations into Le Mesurier’s death have been initiated”.

Local media reports said his body was found with fractures to his legs and head outside of his apartment. Anadolu said police established that no one had entered or left his home around that time and believe he fell to his death.

A security source told Reuters News Agency that Le Mesurier apparently fell from the balcony of his home office and his death was being treated as a suspected suicide.

The private DHA news agency said authorities were investigating whether he committed suicide, adding he allegedly had been on anti-depressant pills.

Le Mesurier’s wife told police her husband had been taking medicine to treat “intense stress”, Anadolu reported. His body was awaiting an autopsy.

In a statement on Monday, Mayday called him a “great leader and a visionary”.

“James dedicated his life to helping civilians respond to emergencies in conflicts and natural disasters. Nowhere was the impact of his important work felt so strongly as in Syria,” the international non-profit organisation said.

Le Mesurier was awarded an Order of the British Empire by Queen Elizabeth in 2016 for services to Syria Civil Defence and the protection of civilians in Syria.

The White Helmets, formed in 2013, expressed their “shock and sadness” on Twitter.

We have learned with shock and sadness the news of the death of @lemesurierjames, founder and director of the humanitarian organization @MaydayRescue, early on Monday at his home in Tophane in Istanbul, Turkey. Mayday is one of the institutions supporting the White Helmets. pic.twitter.com/czhB3IkdWN

The voluntary search-and-rescue group was formed to respond to bombings by Syrian government forces in opposition-controlled parts of the country.

Le Mesurier told Al Jazeera in 2015 he began training and supporting the organisation in early 2013 alongside Turkish rescue experts, starting with “a single team of 20 people”.

“I was working in Istanbul … and got together with a group of Turkish earthquake rescue volunteers,” he said.

“It all came together with an initial training course of 20 guys from northern Aleppo, then spawned from one team to 20 teams.”

The White Helmets have been credited with saving thousands of people in rebel-held areas hit by bombing by government and Russian forces in Syria’s more than eight-year-old civil war.

A documentary about the group won an Academy Award in 2017.

Members of the White Helmets say they are neutral. Syrian President Bashar al-Assad and his backers, including Moscow, describe them as tools of Western propaganda and extremist fighters.

The Russian Foreign Ministry said on Twitter on Friday that the White Helmets help “the most dangerous terrorist groups” and that Le Mesurier was a former British agent with reported “connections to terrorist groups”.

#Zakharova: The White Helmets’ co-founder, James Le Mesurier, is a former agent of Britain’s MI6, who has been spotted all around the world, including in the #Balkans and the #MiddleEast. His connections to terrorist groups were reported back during his mission in #Kosovo. pic.twitter.com/Fa7JTuP39Z

Ambassador Karen Pierce, UK’s permanent representative to the United Nations, described Le Mesurier as a “true hero” when she was asked about his death by reporters.

“The causes of death at the moment are unclear. We will be looking very closely to see how the investigation goes. I hope the Turkish authorities will be able to investigate thoroughly,” she said.

“The Russian charges against him, that came out of the foreign ministry that he was a spy, (are) categorically untrue. He was a British soldier,” she added. 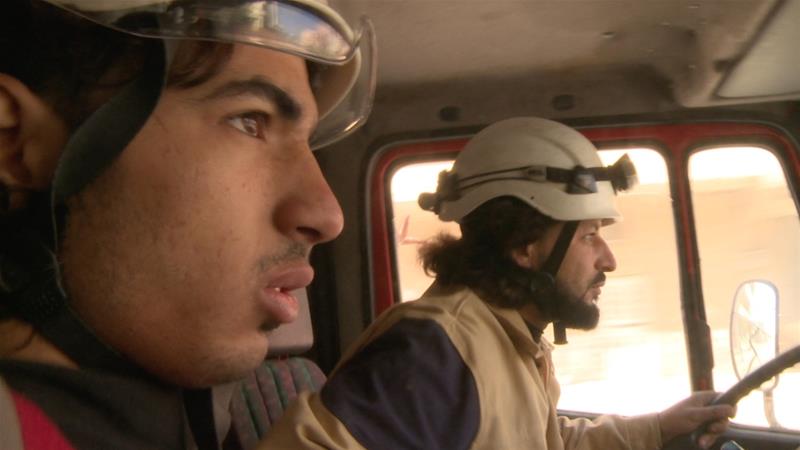