‘Joints will be separated’: Grim new details of Khashoggi murder

Thirteen minutes before journalist Jamal Khashoggientered the Saudi consulate in Istanbul on October 2, Saudi officials inside the building discussed dismembering a body.

At the end of the conversation, Maher Abdulaziz al-Mutreb, a senior Saudi intelligence officer and the bodyguard of Saudi Crown Prince Mohammed bin Salman, asked whether the “sacrificial animal” had arrived.

“He has arrived,” a voice replied, according to a transcript of an audio recording, part of a United Nations expert’s report into Khashoggi’s killing released on Wednesday.

From providing a minute-by-minute account of the journalist’s dismemberment to detailing evidence that Khashoggi’s “planned and elaborate” murder could not have been executed without Crown Prince Mohammed being aware, the report by UN extrajudicial executions investigator, Agnes Callamard, makes for grisly reading.

1. ‘Joints will be separated’

Shortly before Khashoggi’s arrival at the consulate, al-Mutreb asked Salah Mohammed Tubaigy, a well-known Saudi forensics doctor, how they would carry out the body.

“Joints will be separated. It is not a problem,” the doctor replied. “The body is heavy. First time, I cut on the ground. If we take plastic bags and cut it into pieces, it will be finished. We will wrap each of them.”

Upon entering the building at 13:15, Khashoggi was taken to the office of the Consul General located on the second floor of the building.

There, the conversation initially focused on whether he would return to Saudi Arabia. Khashoggi’s response was that he may in the future. He was then told that he has to return home. “We are coming to get you,” a voice is heard saying.

At 13:22, al-Mutreb told Khashoggi to send a message to his son.

“Which son? What should I say to my son?” Khashoggi asked. “See you soon? I can’t say kidnapping,” he continued.

The journalist was then asked to take off his jacket.

“How could this happen in an embassy?” Khashoggi asked. “I will not write anything.”

“I will not write anything.”

“Type it, Mr Jamal. Hurry up. Help us so that we can help you because at the end we will take you back to Saudi Arabia and if you don’t help us you know what will happen at the end; let this issue find a good end.”

“We will anesthetise you,” was the response.

Then, the sounds of struggle ensued for approximately seven minutes – sounds that intelligence experts have interpreted as asphyxiation using a bag.

“Did he sleep?” someone asked during the struggle.

“He raises his head.”

Assessments of the recording, according to intelligence officers, suggest that Khashoggi could have been injected with a sedative and then suffocated using a plastic bag.

Sounds of intense movement and heavy panting are heard in the remainder of the recording. Around 24 minutes after Khashoggi arrived at the consulate, a sound could be heard that Turkish Intelligence assessed to be a saw, as well as the sound of plastic sheets.

The report recommended using common sense in evaluating the evidence: “If dismemberment of a body is discussed half an hour before the body is, in fact, dismembered, one can conclude that killing and dismemberment were intended, particularly when the perpetrators had the necessary tools to hand. Murder was intended to occur at some point.”

In the tape, Khashoggi did not scream, nor were there expressions of shock at his death among the Saudi officials present. There were no sounds or words to suggest an attempt to resuscitate him.

Six months after the Saudi journalist was killed, we reconstruct what 3 Turkish journalists believe happened at the Saudi consulate in Istanbul.

Their book, Diplomatic Atrocity: The Dark Secrets of the Jamal Khashoggi Murder, is said to be based on Turkish intelligence. pic.twitter.com/dyRjNTkF8h

More than eight months after the murder, Khashoggi’s remains have not been found.

Negotiations between Ankara and Riyadh regarding a joint crime scene probe went on for two weeks, during which time some 17 Saudi officials were “present on the premises, engaging in their own activities which, whatever else they might have accomplished, resulted in a cleaning up of the crime scenes”, the report said.

On the evening of October 15, Turkish investigators were finally allowed to enter the consulate. They had access to it for only six hours on that day and to the consul’s residence for around 13 hours on October 17, where they also had to search the whole consular vehicle fleet.

Turkish investigators found limited reaction to Luminol (used to detect trace amounts of blood at crime scenes) and other tests, even though the dismemberment of Khashoggi’s body had reportedly taken place in the premises.

Callamard found it was possible that precautions had been taken at the time of the crime to protect against the loss of blood and other fluids in the room, therefore, the murder had been planned and premeditated.

A second possibility is that the crime scenes went through “professional” cleaning immediately after the killing, the report said, citing evidence of locally recruited cleaners coming on site on the morning of October 15.

Turkish investigators told the rapporteur that they found evidence of possible changes in pieces of carpets in the briefing room of the consulate.

On October 5, one of the consulate vehicles, which allegedly had been used to transport Khashoggi’s remains, was sent to a car wash.

3. ‘Obstruction’ of the investigation

Saudi Arabia was under an international obligation to cooperate with Turkey, yet according to evidence the rapporteur found that “the Saudi investigation was not conducted in good faith, and that it may amount to obstructing justice.”

“Saudi Arabia clearly intended to create difficulties for the Turkish investigation. Along with evidence of professional, thorough, if not forensic cleaning of the crime scenes, they prevented an effective and thorough Turkish investigation and amount to obstruction,” the report said.

It added that the destruction of evidence could not have taken place without the crown prince’s awareness, noting that Khashoggi’s murder has to be understood in relation to an “organised and coordinated crackdown” enforced for years by Saudi authorities against journalists and human rights defenders, among others.

“At a bare minimum, the crown prince condoned this behaviour and allowed the repetition and escalation of these crimes. He took no action to prevent or punish those responsible. The crown prince willingly took the risk that other crimes, such as the killing of Mr Khashoggi, would be committed.”

The logistics were complex involving multiple flights, including two private jets, one under diplomatic clearance.

The fact that a team was put together and operational within 48 hours tends to point to a “Special Operation” scenario, with core team members already appointed and in place, ready to act whenever the order comes, it said.

According to recordings from the days preceding the murder, a consulate official said Khashoggi was known to be one of several individuals “being sought” by Saudi authorities.

“When the opportunity arose, an operation was launched in Riyadh, managed at high levels of the Saudi government,” the report said.

“While the Saudi government claims that these resources were put in place by [former Saudi intelligence deputy chief] Ahmed Asiri, every expert consulted finds it inconceivable that an operation of this scale could be implemented without the crown prince being aware, at a minimum, that some sort of mission of a criminal nature, directed at Mr Khashoggi, was being launched,” the report found.

The report includes the names of 11 people on trial in Saudi Arabia over the killing, who have never been named by Riyadh.

“The trial under way in Saudi Arabia will not deliver credible accountability,” it said, calling for its suspensions and noting that the case could not be considered a domestic matter.

According to the report, three of the defendants allegedly told the court that Khashoggi’s death was an accident: “Mr Khashoggi started screaming, so they covered his mouth to prevent him from making noise, which resulted in them accidentally killing him.”

Callamard’s report, however, concludes that Khashoggi’s death was a premeditated murder.

“The evidence of premeditation strongly weighs against any claim of accidental death.”

READ MORE-Obituary: Jamal Khashoggi was a ‘good man and a fine journalist’

The Saudi Public Prosecution made public a few of their findings on November 15 but the statement was light on details, limiting itself to a few general allegations.

Additionally, some of the individuals allegedly referenced in these statements do not match with the 11 perpetrators currently on trial, according to the report.

Eight months on since the murder, the individual responsibilities in the case remain “clouded in secrecy and lack of due process”.

Saudi Minister of State for Foreign Affairs Adel al-Jubeir has dismissed the report and said it contains “baseless allegations which challenge its credibility”. 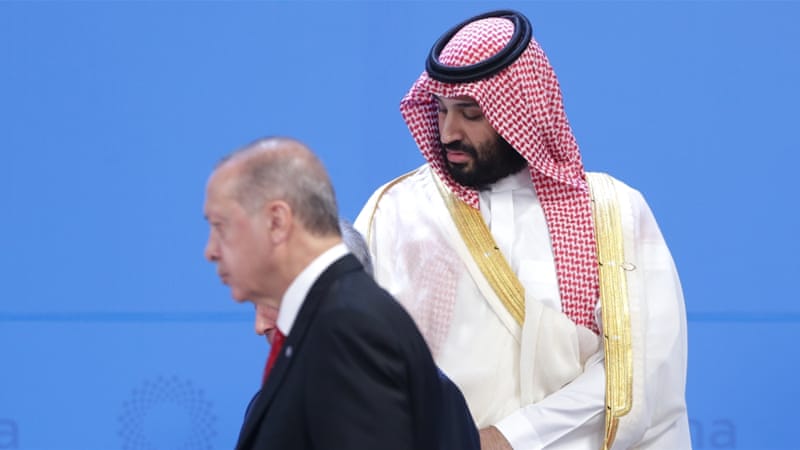 INSIDE STORY-How will the new Khashoggi revelations affect MBS?