Fresh fighting in northwest Syria after the collapse of a brief ceasefire is threatening “the lives of millions of civilians”, the United Nations has said, warning that the situation risks “coming out of control”.

Backed by Russia, the Syrian government this week renewed its offensive on Idlib province, the country’s last major rebel-held stronghold.

The UN has raised a specific alarm about the risks of an enormous government push in the area because Idlib has for several years served as a reception zone for those escaping advances by forces loyal to President Bashar al-Assad elsewhere in Syria. Nearly half of the three million people living there are already displaced from other parts of the war-ravaged country, with more than one million being children.

“A new wave of violence is again threatening the lives of millions of civilians who live in the Idlib area,” Najat Rochdi, the senior humanitarian adviser to the UN’s Syria envoy, said in a statement on Thursday.

“During the lull in the fighting, many civilians had returned to their homes and are currently in areas where heavy attacks have resumed putting them at great risk.”

More than 500 civilians have been killed and hundreds more wounded since the escalation in fighting began in late April. The number of people displaced has also jumped at “an alarming rate”, Rochdi said, with some 400,000 men, women and children forced to flee, “many of them, multiple times”.

“These people don’t know where to go,” Panos Moumtzis, the UN’s humanitarian chief for Syria, said after a meeting in Geneva that included envoys from Russia, which has reportedly hit southern Idlib with air raids this week.

“A total panic has resumed again,” Moumtzis said. “It is like playing with fire at the moment and we worry about it coming out of control.”

Contingencies are in place for up to 900,000 displacements but there were no plans for managing an offensive that affected Idlib’s entire population, Moumtzis said.

“What is the … plan for the three million people there?” he said. “That is a question we haven’t got an answer for”.

The brief ceasefire had collapsed on Monday when the Syrian army accused armed opposition groups of violating the truce that was brokered last week during talks in Kazakhstan.

Syrian state media had said at the time the ceasefire would depend on armed groups fulfilling a 2018 deal aiming to create a buffer zone in Idlib.

The Sochi agreement was brokered by Russia, al-Assad’s main ally; and Turkey, which supports some rebel groups in the region.

Under the deal, armed groups in Idlib were required to retreat 20km from demilitarised areas around the rebel stronghold, as well as withdraw their heavy weapons from the front lines.

But the main opposition group controlling Idlib, former al-Qaeda affiliate Hay’et Tahrir al-Sham, refused to retreat from the front lines and promised to not withdraw from the buffer zone around the area. 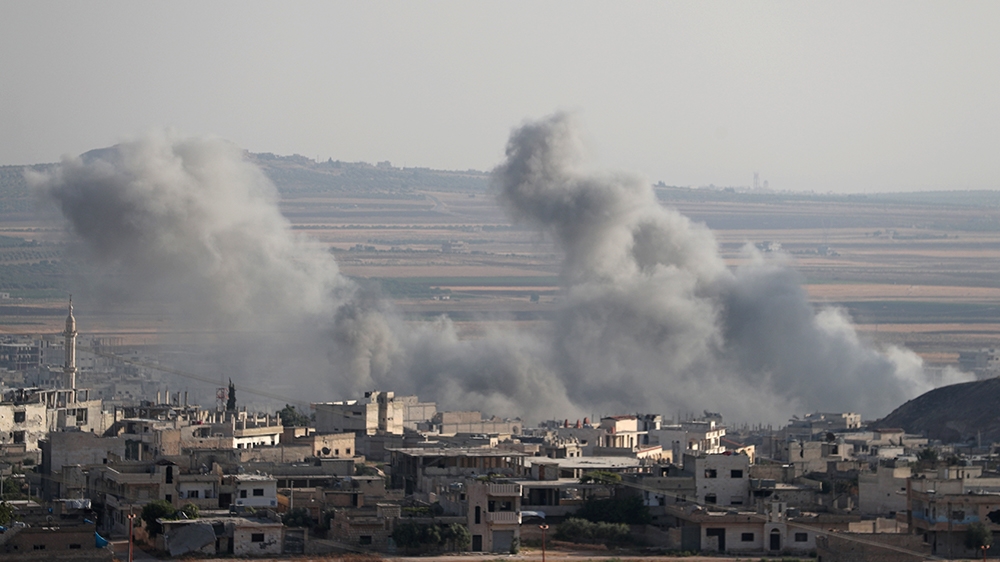 In her statement, Rochdi called the collapse of the ceasefire “deeply regrettable”, adding that during the brief lull, many of the approximately 400,000 civilians who had amassed near the border with neighbouring Turkey had returned to their homes.

The statement noted that relentless bombardment had caused considerable damage to schools, hospitals, markets, water stations, and other civilian infrastructure.

The offensive is in an attempt by the government and its allies to drive out armed opposition groups and gain control over what once was a major commercial highway linking Syria to Turkey and Jordan.

Opening the commercial and passenger routes through Idlib province would reassert the state’s control over an economy fragmented during eight years of conflict and now facing United States and European Union sanctions, according to economic experts.

The Syrian government’s campaign has left dozens of villages and towns in ruins, even though the pro-Assad forces have so far failed to make significant gains on the ground, and have only taken a handful of towns and villages in the northwest region.

Separately on Thursday, the Syrian government called an agreement between Turkey and the US regarding a safe zone in northern Syria a “blatant attack” on its sovereignty.

A day earlier, Turkish and US officials reached a deal after months of negotiations to establish a joint operations centre to coordinate and manage the setting up of a safe zone in northern Syria.

In a joint statement, the two NATO allies said the Turkey-based operations centre “would become a “peace corridor”, without providing further details.

WATCH 25:00-Can the US and Turkey bridge their differences over the Kurds?
The US-Turkey statement did not specify how and when the zone would be created, but it appeared to avert a threatened Turkish operation into the region east of the Euphrates River in Syria.

In its statement on Thursday, the UN also said it was “increasingly concerned by statements suggesting a possible military intervention, which would have severe humanitarian consequences in an area”.

Northeast Syria is currently under the control of the US-backed Kurdish-led Syrian Democratic Forces (SDF), largely comprising of the People’s Protection Units (YPG).

Turkey sees the YPG as an extension of the Kurdistan Workers’ Party (PKK), an outlawed separatist group.

But the YPG has been Washington’s main ground ally in the fight against the Islamic State of Iraq and the Levant (ISIL or ISIS) armed group.

The battle against ISIL in the region has displaced thousands of people who are in the overcrowded al-Hol camp. The camp in Syria’s northeast has become home to many of the wives and children of ISIL fighters.

Protection at the camp remains a “key concern”, the UN said.

“Aid has to be provided without discrimination to all those in need, and Member States should take measures to ensure that their nationals are repatriated in accordance with international laws and standards,” it said.

The devastating war in Syria has forced millions of people from their homes and has killed hundreds of thousands since it began in 2011 with the repression of nationwide anti-government protests. 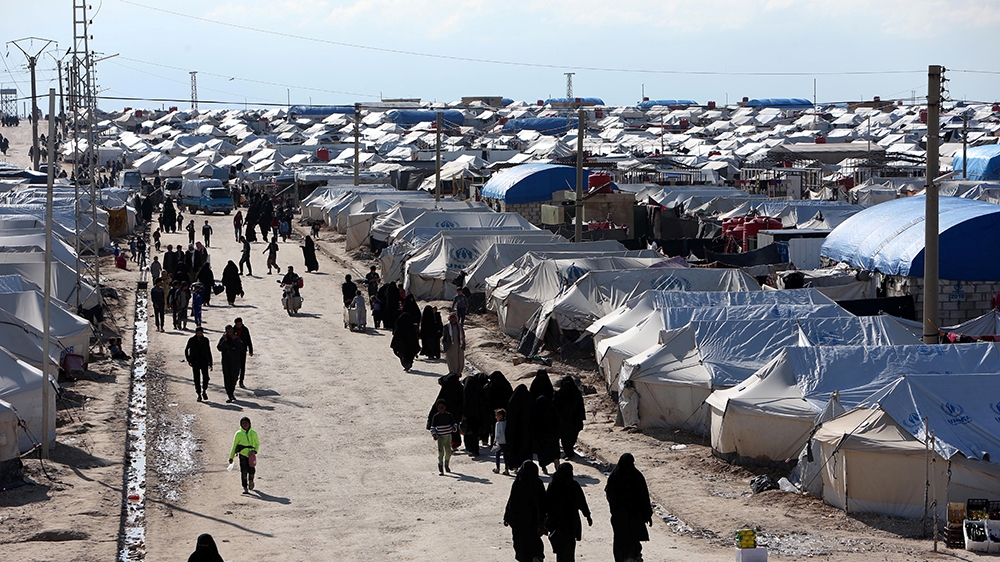