Israeli bulldozers accompanied by hundreds of soldiers and police moved in to Palestinian village of Sur Baher on Monday to demolish about 100 homes in Wadi al-Hummus area close to the separation wall, despite Palestinian protests and international criticism.

The Israeli military considers the homes close to the barrier – that criss-crosses the occupied West Bank – and is locally referred to by Palestinians as the “apartheid wall” – a security risk.

The Israeli Supreme Court ruled in favour of the military last month and set Monday as the deadline to demolish the homes – an act Palestinians say will set a precedent for other towns along the route of the barrier, which runs for hundreds of kilometres around and through the Israeli-occupied West Bank.

Palestinians accuse Israel of using security as a pretext to force them out of the area as part of long-term efforts to expand settlements. All settlements on occupied Palestinian lands are illegal under international law.

They also point out that most of the buildings in Wadi al-Hummus area, located inside Sur Baher, are meant to be under the Palestinian Authority and civilian control under the 1993 Oslo accords. 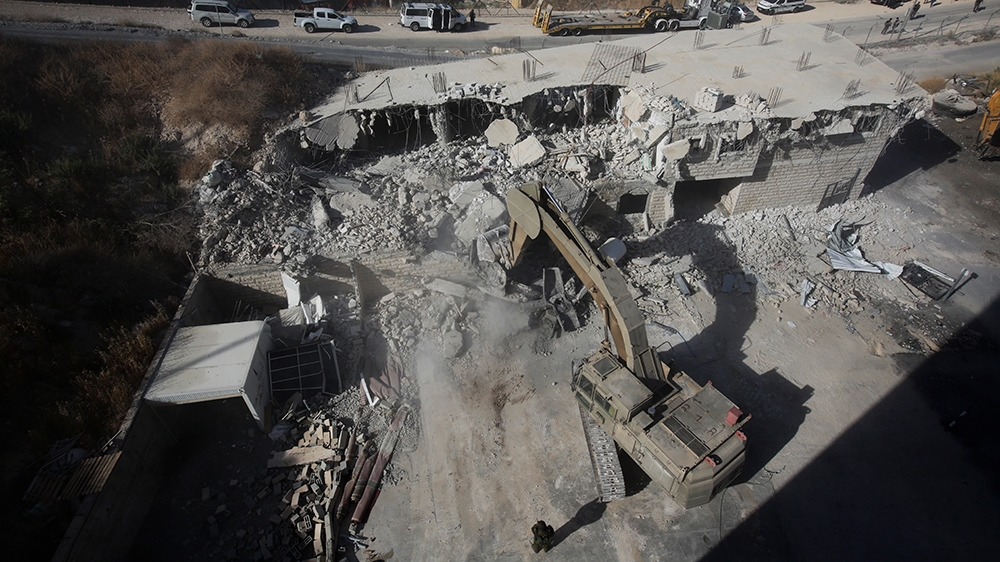 ‘Watching his home being torn apart’

The sprawling village of Sur Baher straddles the line between the occupied East Jerusalem and the occupied the West Bank.

Speaking from a site close to the demolition area, Al Jazeera’s Rob Matheson said this was a “very somber and sad day” for many residents.

“We heard very loud bangs coming from a building right next door to where we are now, and that was a large mechanical digger used to rip off part of the roof of that building, which was home up until this morning to two families,” he said.

“We understand that the father of one of the families has been sitting on a chair down in the street below us watching his home being torn apart.”

Matheson said that on the other side of the separation wall, a crane has been taking out chunks out of the side of a building with a big mechanical claw.

“Just behind me there’s an unfinished building here with the demolition workers drilling holes in the wall,” he said. “We understand that they’re going to put some explosives in there to try to bring the building down.”

Sur Baher, a Palestinian village on the edge of the occupied East Jerusalem, was captured and occupied by Israel in the 1967 war.

The pending demolition is the latest round of protracted wrangling over the future of Jerusalem, home to sites sacred to Judaism, Islam and Christianity.

Residents said they would be made homeless. Owners said they had obtained permission to build from the Palestinian Authority, which exercises limited self-rule in the Israeli-occupied West Bank.

“When the house is demolished, we will be in the streets,” Ismail Abadiyeh, 42, who lives in one of the buildings under threat with his family, including four children, told the diplomats last week.

But Israeli Supreme Court said that the structures violated a construction ban. 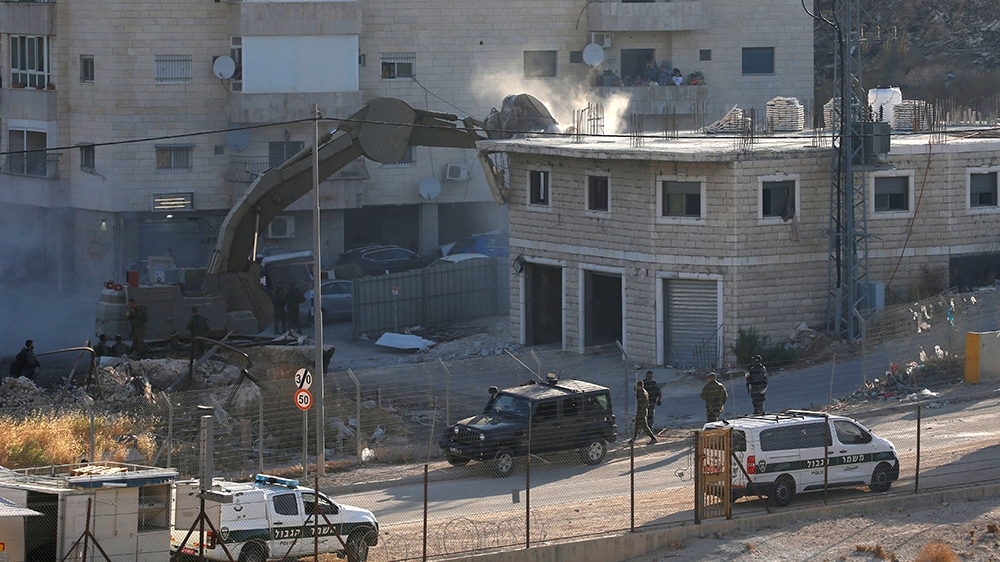 Israeli forces cut through the wire fence near the village early on Monday, allowing them easier access to the buildings.

Floodlights lit up a partly constructed multi-storey building as dozens of vehicles brought helmeted police and soldiers into the area.

They were filmed and photographed by Palestinian, Israeli and international activists who had mobilised to try and stop the demolition.

“Since 2am they have been evacuating people from their homes by force and they have started planting explosives in the homes they want to destroy. There are hundreds of soldiers here,” said Hamada Hamada, a community leader in one of the threatened areas. 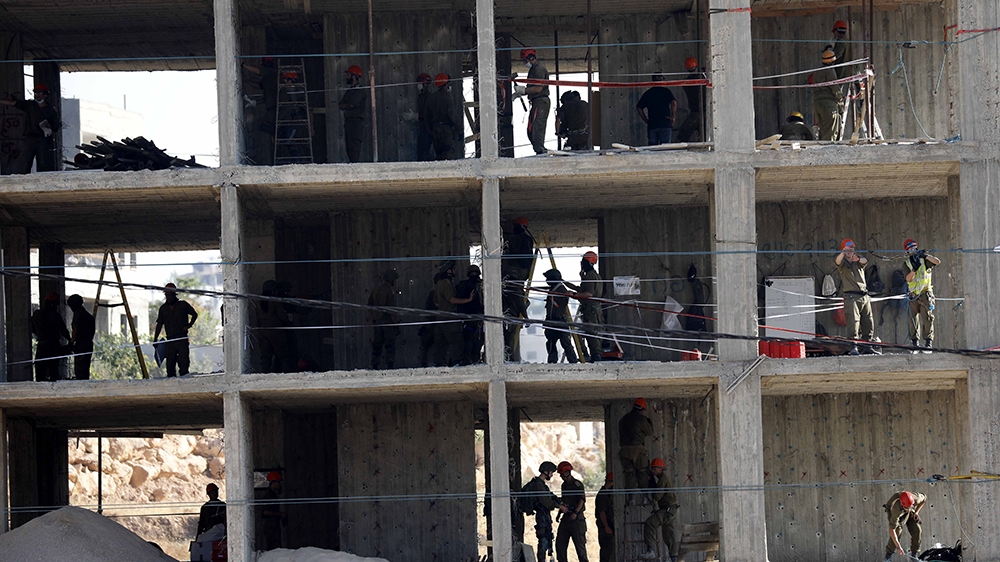 Palestinian officials say the threatened structures lie within areas that they should control. The buildings were all originally given permits and authorisation by the Palestinian Authority, which administers that part of the neighbourhood.

The Palestine Liberation Organisation (PLO) issued a statement accusing the Israeli court of aiming “to set a precedent to enable the Israeli occupying forces to demolish numerous Palestinian buildings located in close proximity” to the wall.

Jamie McGoldrick, the United Nations humanitarian coordinator, and other UN officials called on the Israeli authorities last week to halt the demolition plans. They said 17 Palestinians faced displacement from the plans to level 10 buildings, including dozens of apartments.

The European Union issued a statement saying: “The continuation of this policy undermines the viability of the two-state solution and the prospect for a lasting peace.”

However, the Israeli Supreme Court said construction close to the wall could provide cover for attackers. The Israeli military had no immediate comment on Monday, and said it was checking the reports.

Israel credits the separation wall – projected to be 720km long when complete – with stemming Palestinian suicide bombings that peaked in 2002 and 2003. Palestinians call it a land grab designed to annex parts of the West Bank, including Israeli settlements.

In some areas of Jerusalem and the West Bank the wall is a high concrete wall, but in Sur Baher it consists of two wire fences separated by a military patrol road and protected by watchtowers and electronic sensors.